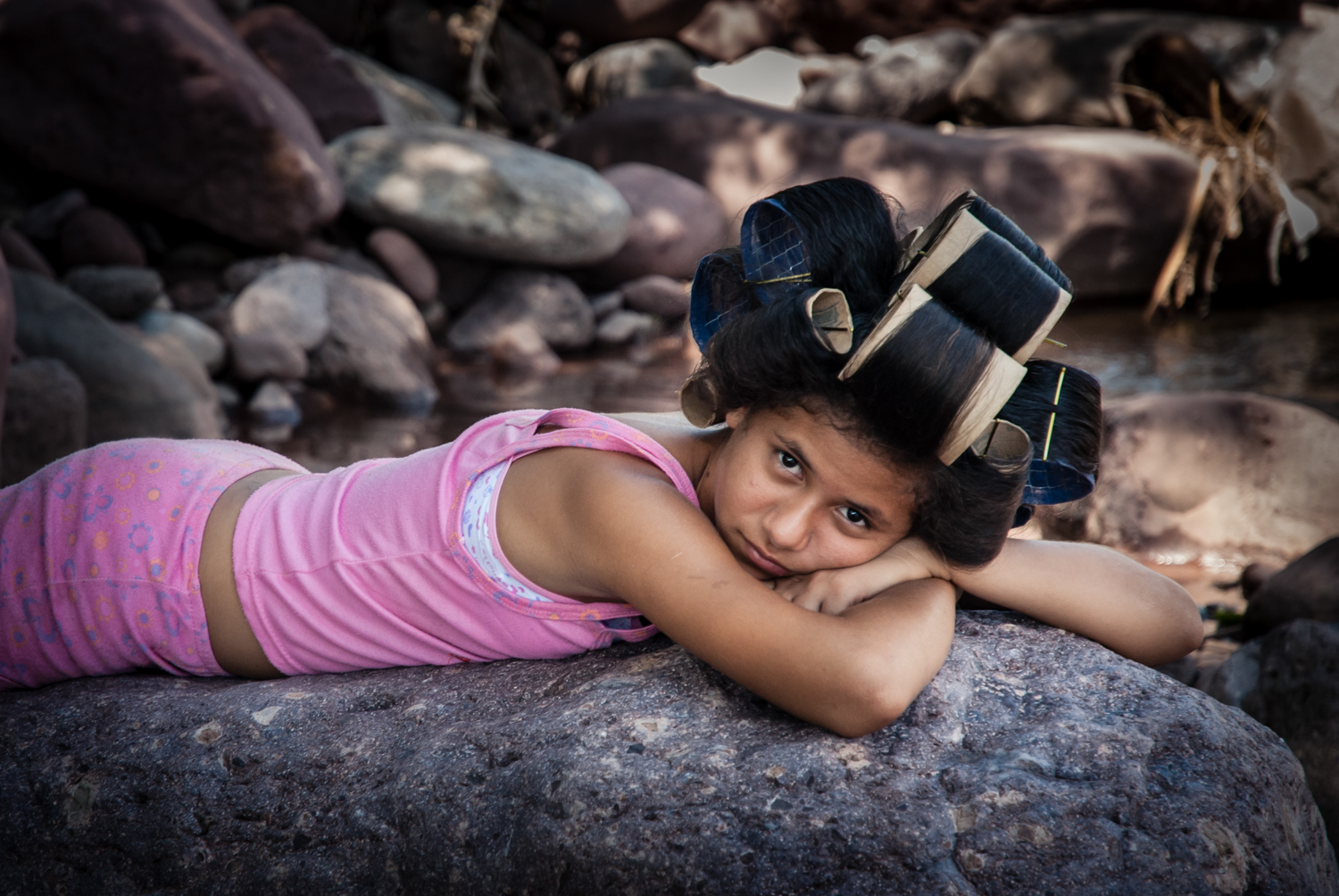 Villanueva, barrio El Cafetal. 12 years old Dariana's portrait by the river. If Villanueva is the core of Vallenato, the Barrio of El Cafetal (until recently a heavily guerrilla controlled area) is the core of Villanueva: for being the cradle of vallenato music, for the bohemian lifestyle of its people and for the cafeteros .

Every composer got inspiration from the town’s everyday life, from its mountains, its river, its women, its coffee, its cockfights and its “magical realism” themes. Gabriel García Márquez, once described his novel One Hundred Years of Solitude to be a 350-page vallenato nad got inspiration for its characters such as "Remedios La Bella" from the people of these towns.