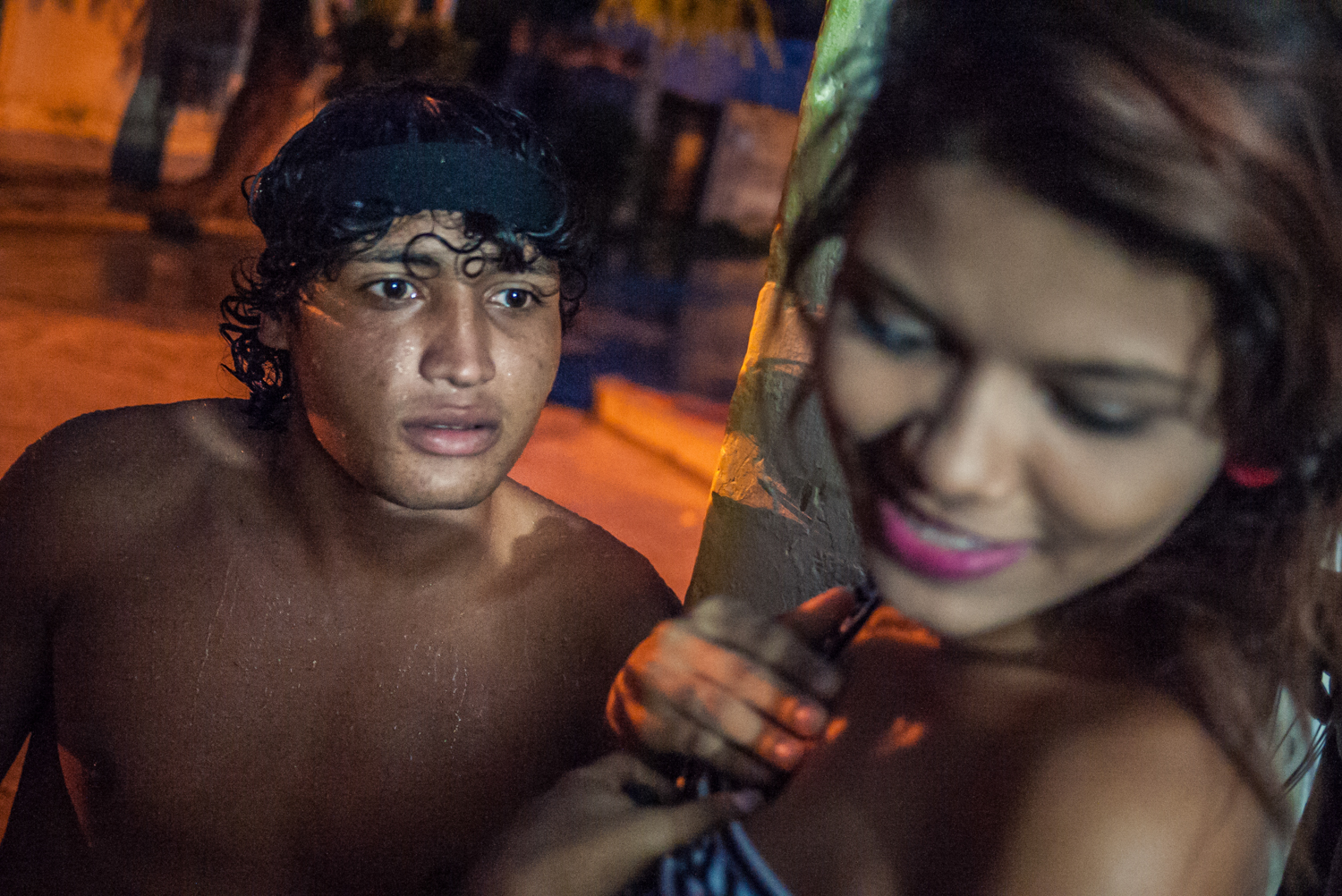 Villanueva, barrio El Cafetal. Flirting couple. On a rainy night a boy visits his girldfriend during a dance rehersal. If Villanueva is the core of Vallenato, the Barrio of El Cafetal (until recently a heavily guerrilla controlled area) is the core of Villanueva: for being the cradle of vallenato music, for the bohemian lifestyle of its people and for the cafeteros and the activities that revolve around the coffee production.

Just to name a few: Poncho Zuleta, Jorge Celedon, El Binomio de Oro, Jean Carlos Centeno were all born in the same street in El Cafetal and they are all now international stars of Vallenato.

Every composer got inspiration from the town’s everyday life, from its mountains, its river, its women, its coffee, its cockfights and its “magical realism” themes.

Vallenato translates as “born in the valley” and is the music of the north Colombian countryside. Originating from farmers who mixed Spanish and West African rhythms, vallenato was long derided across Colombia as unsophisticated cowboy music, before it was championed by the country’s intelligentsia, among them Gabriel García Márquez, who once described his novel One Hundred Years of Solitude to be a 350-page vallenato.