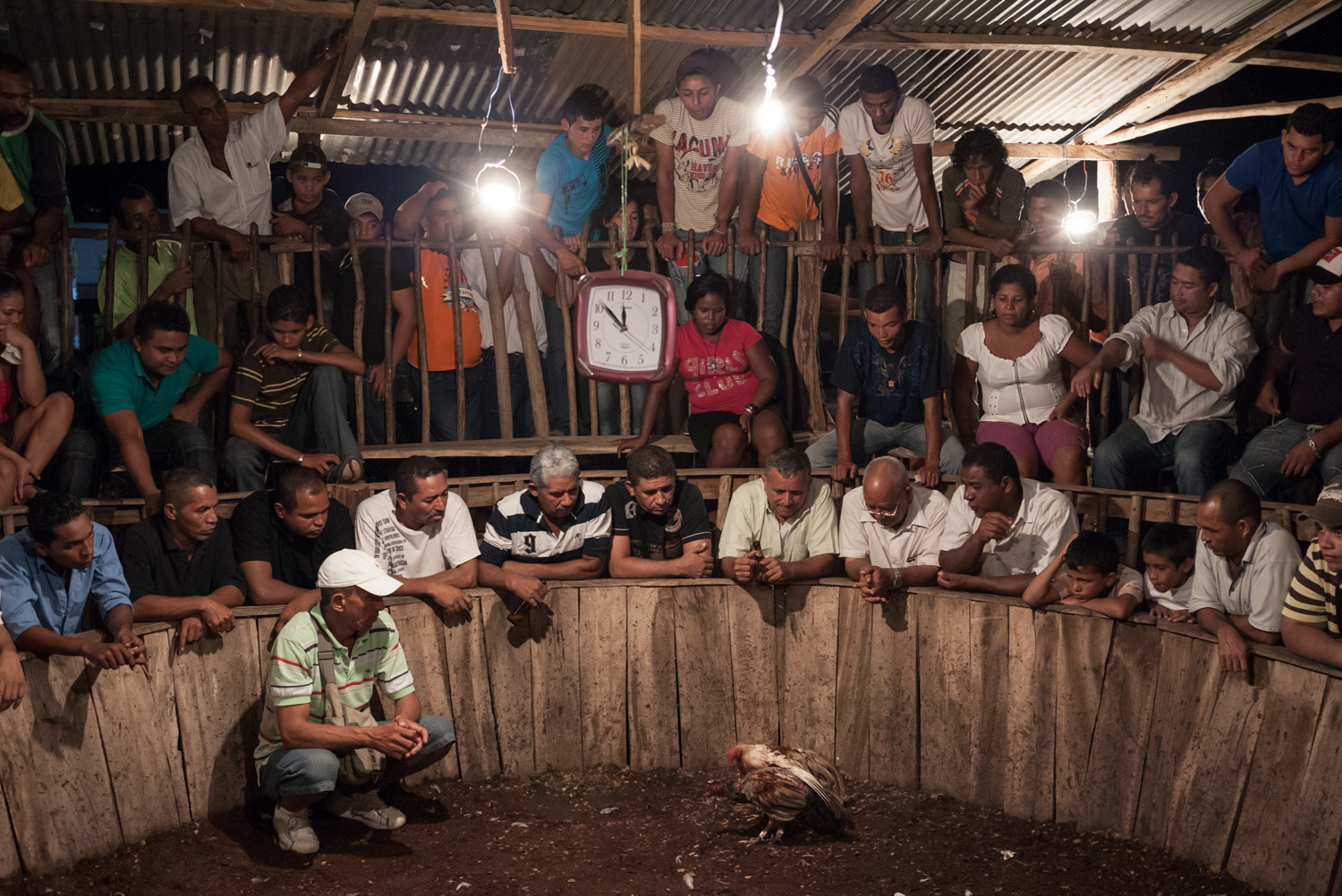 A "Gallera": Cockfight arena. Cockfights are very important in this region, a social and cultural weekly event that never fails to get these small rustic arenas overcrowded. The cock becomes a symbol of virility, a hero and a reason of hope for many Cafetaleros. Cock-fighting is used as a means for economic gain and an improvement in one’s standing in the community. As an art form, the cockfight focuses on an aspect of life, aggression, and projects it into a theater where it can be more clearly expressed and understood. Instead of resorting primarily to violence among themselves as a way of answering a base human impulse, the participants translate their urges into a drama of appearances, where they cannot harm the observers or participants in reality.

In the cockfights arenas the Guajirs often show off his notorious temper and to test the most important form of agreement of the region: la Palabra de Gallero.

The cockfighter's word of honor, palabra de gallero, guaranteeing players' bets, is not to be breached under any circumstances. Palabra de gallero means you can make a verbal wager with a person across the ring whom you have never met, establish odds, and trust his word. In the cockfighting arena, any breach of the code of honor is serious enough to ban the violator from the arena forever.